This past weekend I had the pleasure of hearing Glennon Doyle Melton, author of Carry On, Warrior, speak at a local church. If you don’t already know and love Glennon, check her out. She is a tiny woman with a giant presence. The type of person who just kind of radiates light and positive energy.  She approaches motherhood, marriage, addiction, depression, anxiety and life with a down-to-earth and painfully honest perspective. Surprisingly, I lost my composure only once during her speech–when she began talking about hitting rock bottom because, as you may know, this past year felt a lot like rock bottom for me. And even though those words hit me the hardest, right in the chest, knocking the air and tears out of me, it was two other words, that inspired me the most: Me Too.

Glennon was describing the first time she publicly (via Facebook) shared very vivd pieces of her story and her struggles. She described how it was frightening, empowering and comforting to put herself out there. And she described the response from others. The “Me Too.” People she had known (or thought she had known) for years were responding to her story saying Me Too! And as she explained all of this I was nodding my head rapidly thinking yes! yes! that is what happened to Me Too when I started writing and sharing my story! So many of my readers reached out and said Me Too! And I can remember how overwhelmed and heartbroken and amazed I felt. Heartbroken to discover that so many others were suffering, but amazed that my writing meant something to others. That others could relate. That my words had touched and maybe even helped others. 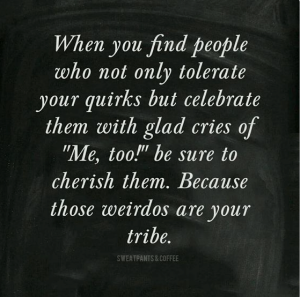 And then my stomach dropped.

What about those Me Toos? How are they? Where are they? My blog has been dormant for over a month and I have reverted to posting happy, shiny, filtered pictures. Where did the honesty go? Where did the transparency go?

The truth is that my life, more often than not right now, is filled with many shiny, happy moments. But I still struggle. There are still days when I start crying and can’t stop. Mornings when the exhaustion from the weight of my thoughts makes it hard to get out of bed. Nights when I am startled awake by nightmares of my children being just out of reach. And moments when I am so overwhelmed by life that I just lose my shit and shout f bombs at myself or the nearest person. But hardly anyone knows it (except those in earshot) because I post happy, shiny pictures.

And I guess that’s ok. Because I’m proud of what I’ve accomplished. I am proud that I have been able to distance myself from rock bottom. Although I still have no idea where I am headed. I still slip, stumble and even slide backward. And I think that’s ok, too.

What I don’t think is ok, what I think made my stomach drop, is that I have also distanced myself from honesty. I forgot about the peace and freedom that honesty had provided. Especially the honesty of others. The honesty of others has helped me to understand that everyone is dealing with their own rock bottom, whether they’re quickly sliding toward it, stuck there or they can’t even see it in the distant future. Everyone is stumbling through their own messy journey.

So my hope is that this post brings me one step closer to honesty. I hope it serves as a reminder that we all need to share our stories with someone in a painfully honest kind of way. And maybe more importantly, that we all need to be ready to listen. 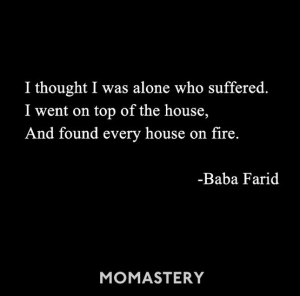